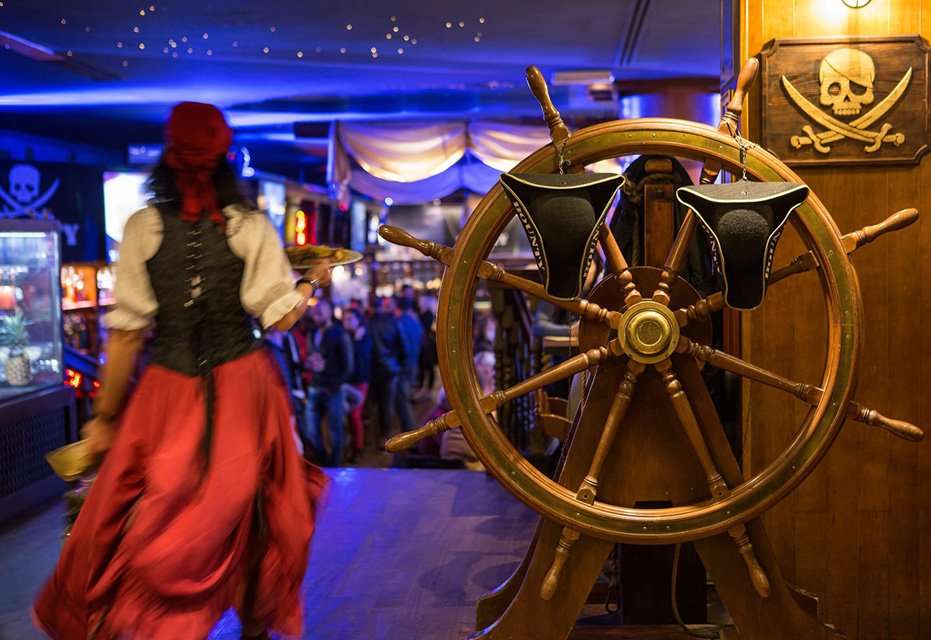 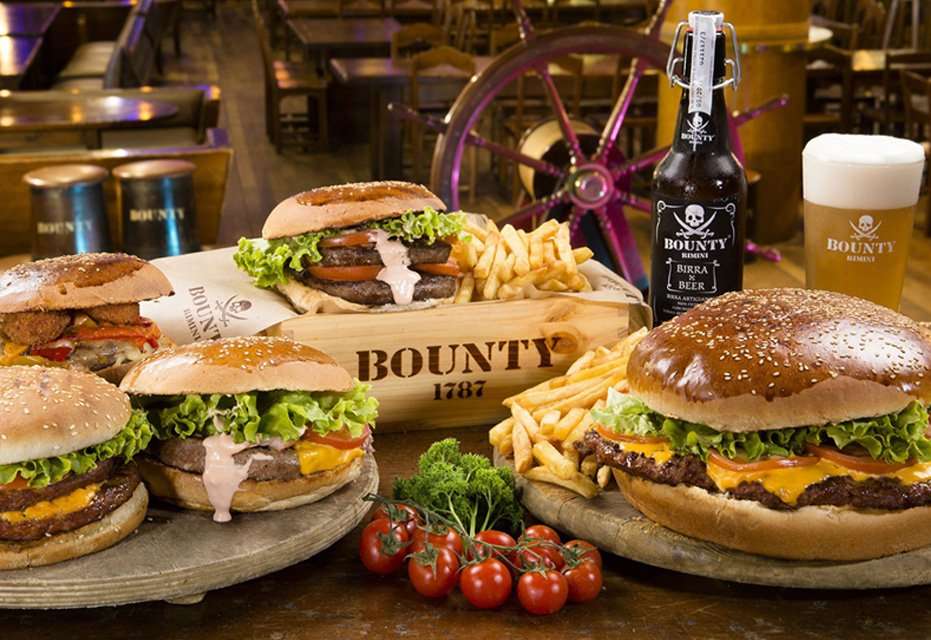 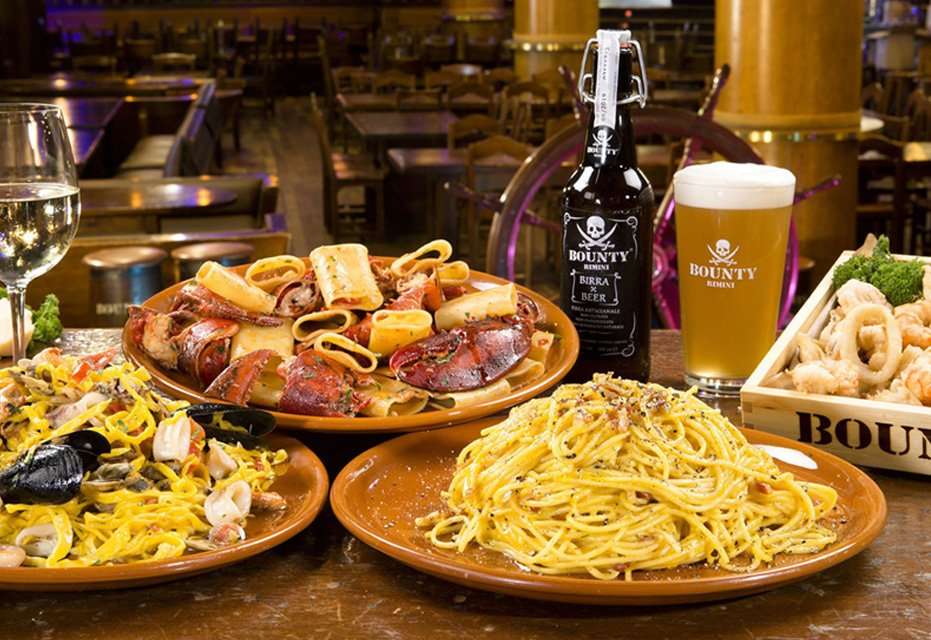 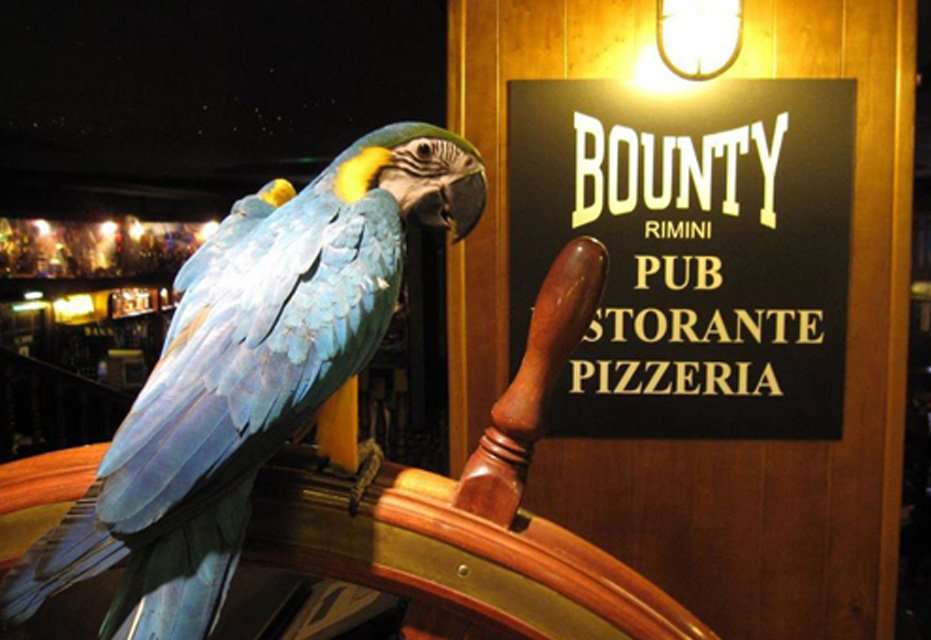 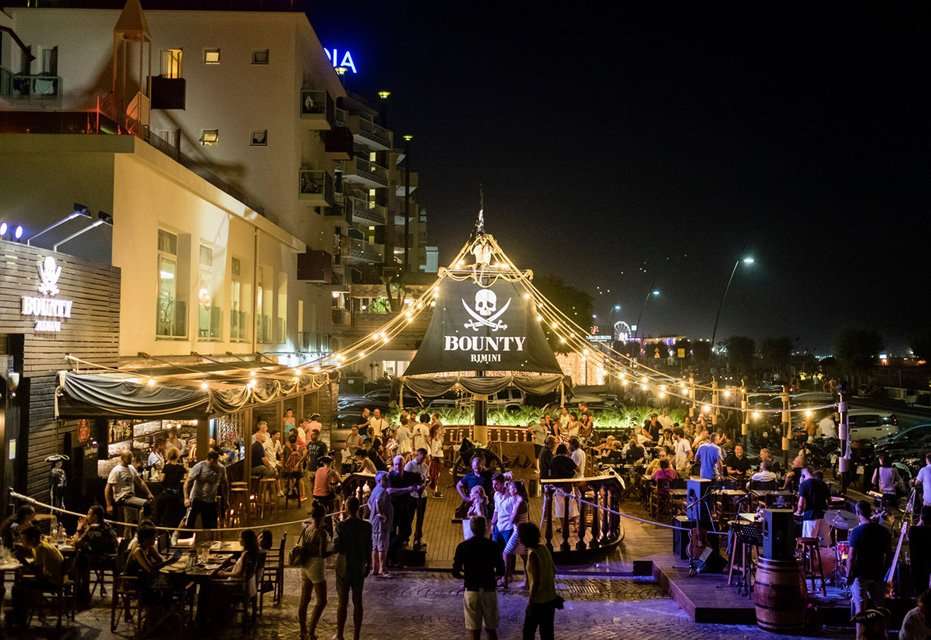 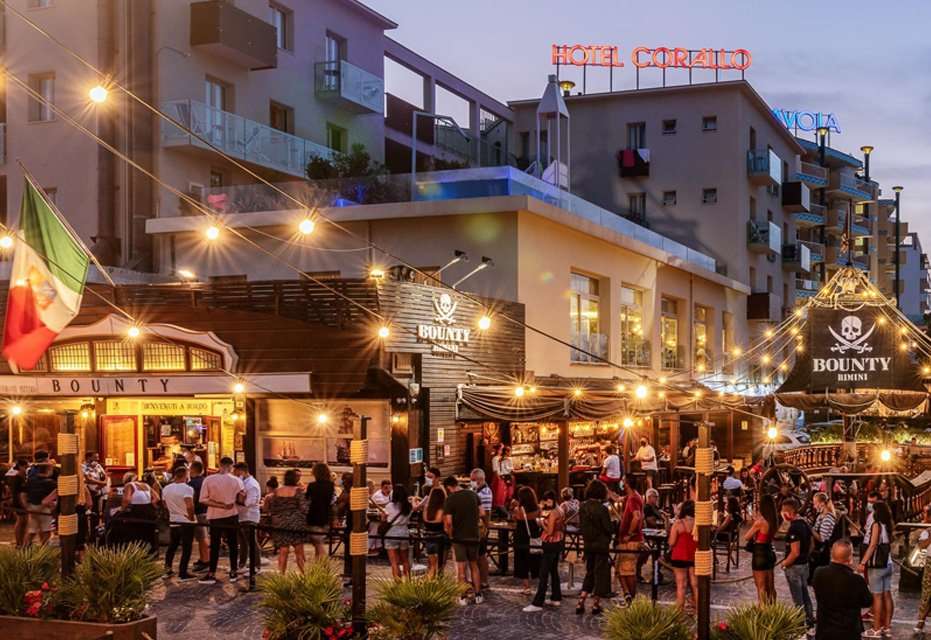 The “Bounty Rimini Adventure Club” was founded in Marina Centro in 1990 inspired by the homonymous ship which was the scene of the most famous mutiny in history. The club was built following its extraordinary structure, completely in naval style, becoming unique in its kind, so much so that it was included among the 50 best clubs in the world.

Entering Bounty gives guests the sensation of getting on board an ancient XVIII-century sailing ship, surrounded by masts, barrels, sails and creels, under a magnificent sky full of stars and served by a crew dressed up as a real ships’ crews: a fascinating scenario that gives visitors the possibility to enjoy an enchanting, almost magic atmosphere.

Smiling, some people have said that Bounty is more famous than Rimini’s historical monuments such as Ponte di Tiberio and Arco d’Augusto, because on TripAdvisor the restaurant has more than 8,000 reviews, more than the city’s historic landmarks.

Bounty is one of the most appreciated venues of the Riviera Romagnola, the ideal place to spend unforgettable evenings together with friends in a cheerful and funny atmosphere. Over the course of the years, this historic brewery has become one of the best night clubs in Rimini. Famous for its pizza and first courses, the “Ship of Fun” also inaugurated in 2019 the outdoor sea view space, also in style, which reproduces the bow of a ship.

Giuliano Lanzetti manages it in the name of a family tradition that has always been active in tourism: his grandfather built the hotel above the club, his father created the disco and now Giuliano and his family manage Bounty, always trying to add something more to the city’s entertainment offer.