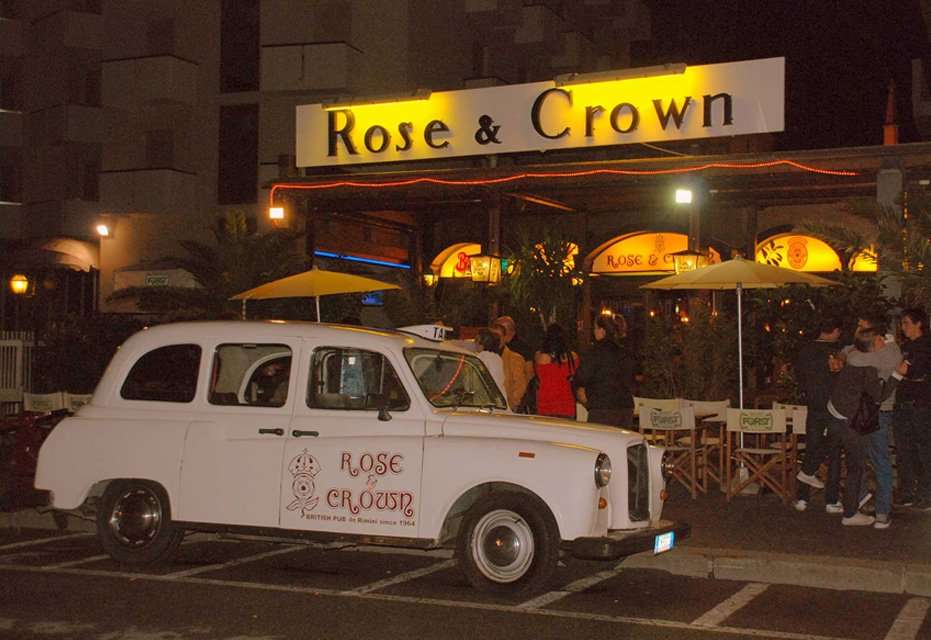 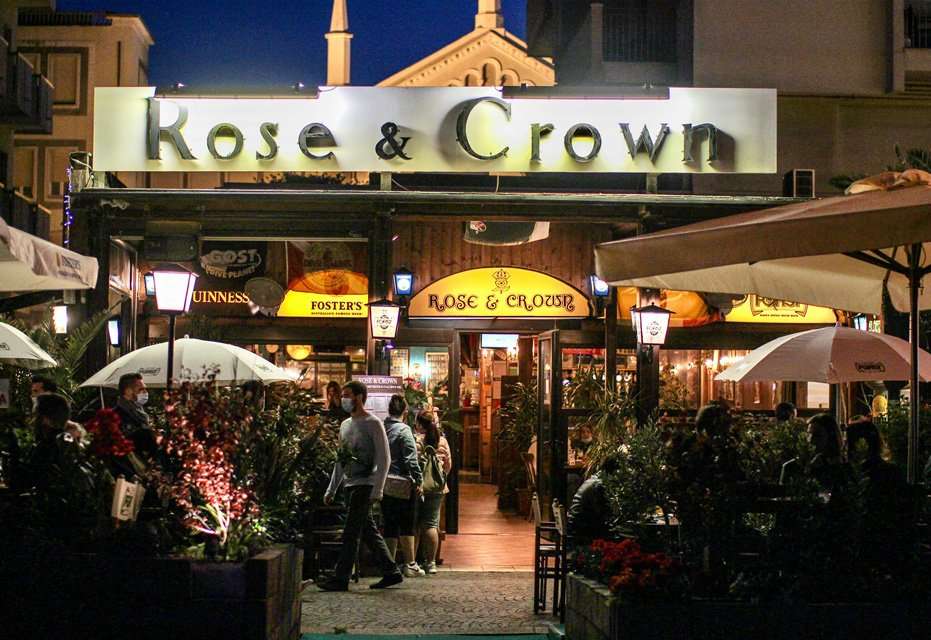 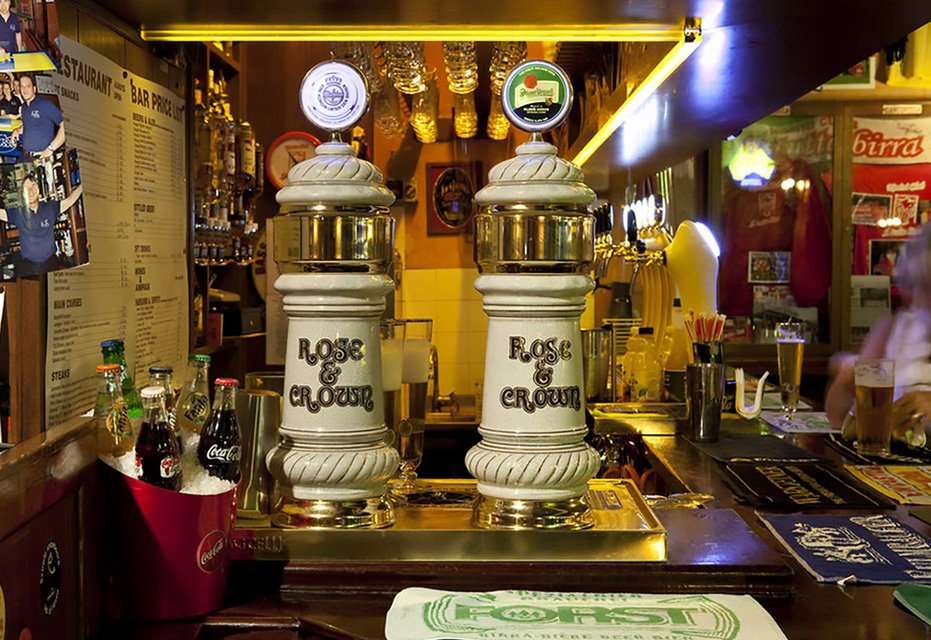 It is the first pub in Italy, an old-British corner in the heart of Marina Centro, an essential part of the made in Rimini fun since 1964. The pub was born on the initiative of the Anglophile Count Perticari, who managed it for some years together with a couple from Liverpool. Since 1975 it has been run by the current company, which has been able to guarantee consistency and continuity of the project thanks to Richard Di Angelo, who has been running it for some years now together with his son Roberto.

After a few years, the main veranda was added to the restaurant, allowing patrons to take advantage of the outdoor areas as well. Always maintained with care, the renovations and improvements at the Rose & Crown have been scrupulously carried out with respect for the historical image of the place: patrons always have the impression that nothing has ever changed, even if they now benefit from up-to-date comforts and services and the latest audio system. The historic signs, wall lamps and wooden balustrades come from an old London pub.

The place, known throughout Italy, is famous for the quality of its cuisine, which serves meat specialties of the highest quality, for live music every night and especially the wide selection of excellent beers. The owners are always looking for new products with the expertise they have acquired in decades of activity and always offer the best beers in the Italian and foreign markets, served by cutting-edge and constantly cared for pinting facilities. There is also space for darts challenges: a peculiarity of the place, that also organizes international tournaments.

The Rose & Crown was the first pub in Italy to find space on the virtual encyclopaedia Wikipedia. From the United Kingdom come every year coaches of British tourists who, during sporting events and shows that bring them to Italy, book all the evenings to evoid missing the opportunity to eat and drink at the Rose & Crown.

In 2004, a huge party-event took place for the 50th anniversary of the opening, publicized internationally, attended by thousands of people. In September 2020 it was the first Bottega Storica enrolled in the “new course” of the Rimini Municipal Register, created by the municipal administration to give new life to this important recognition.