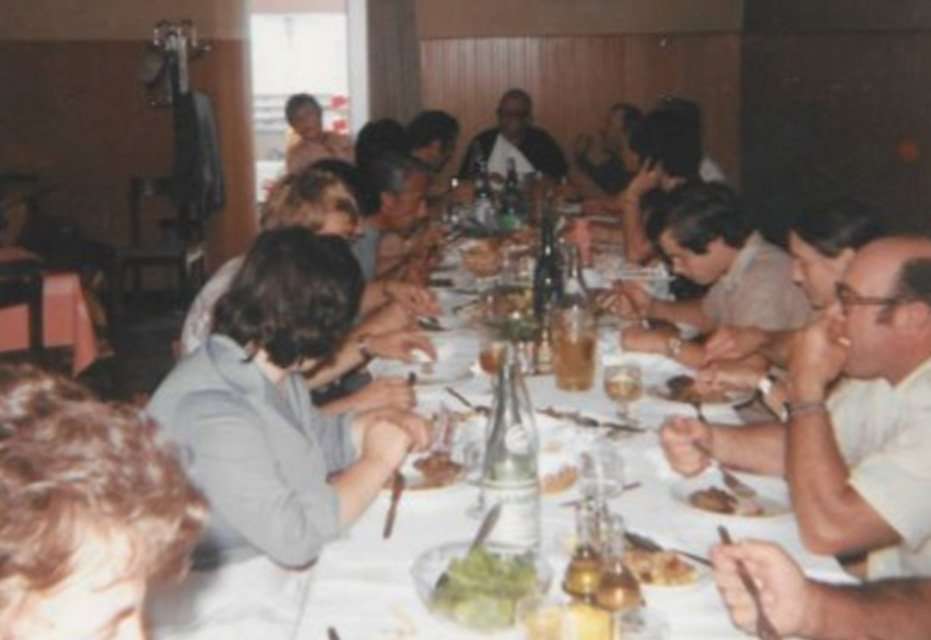 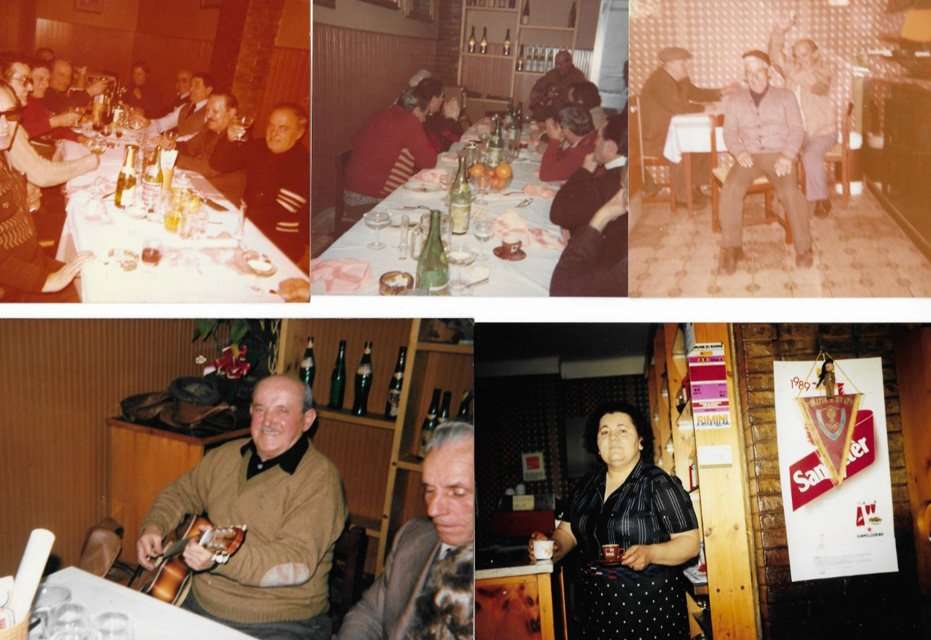 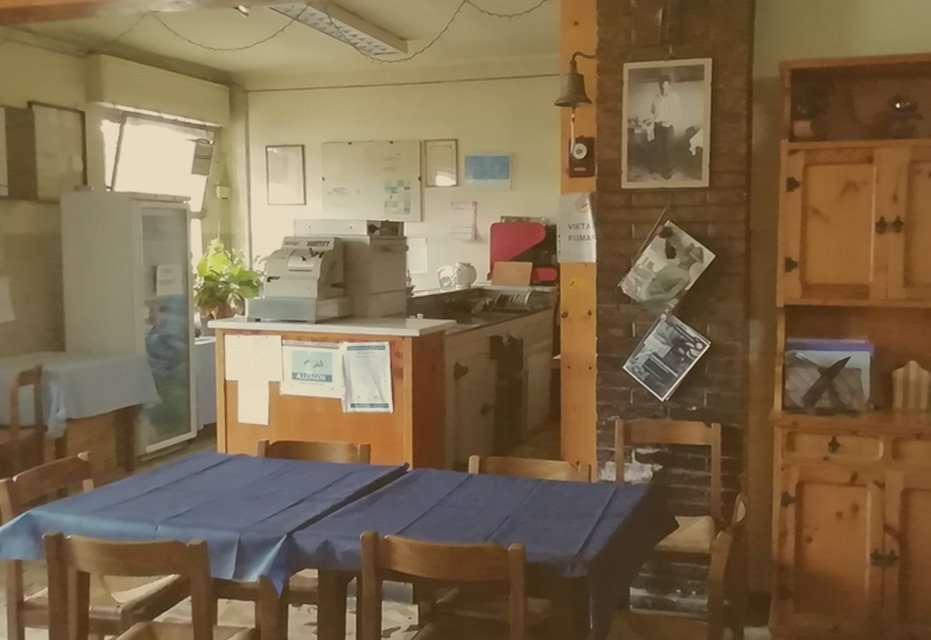 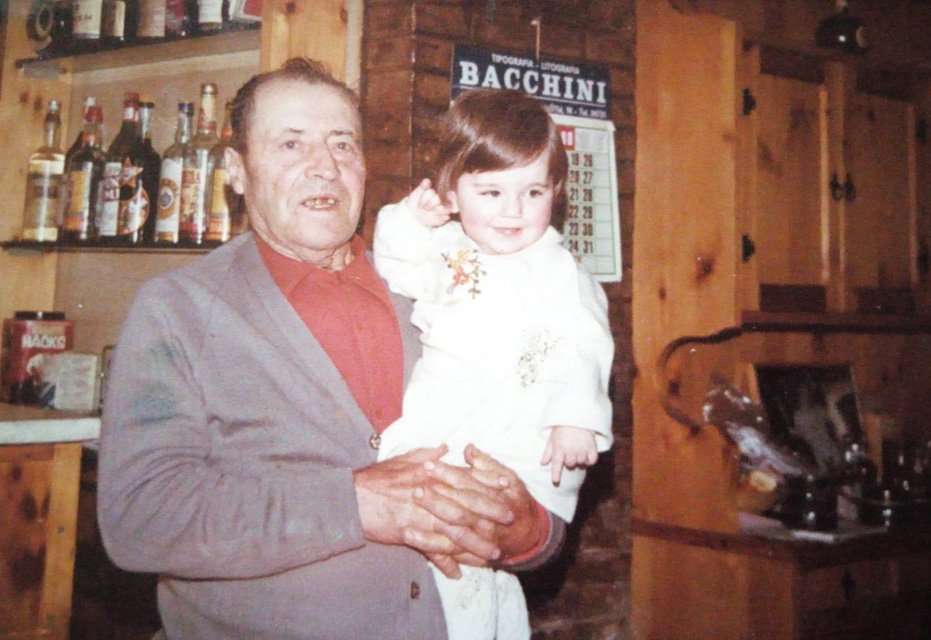 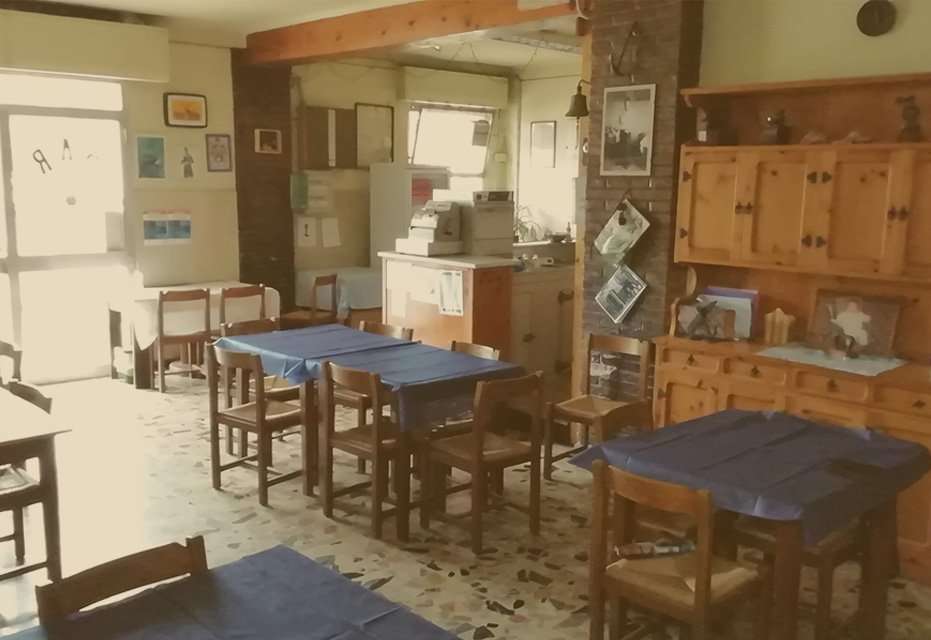 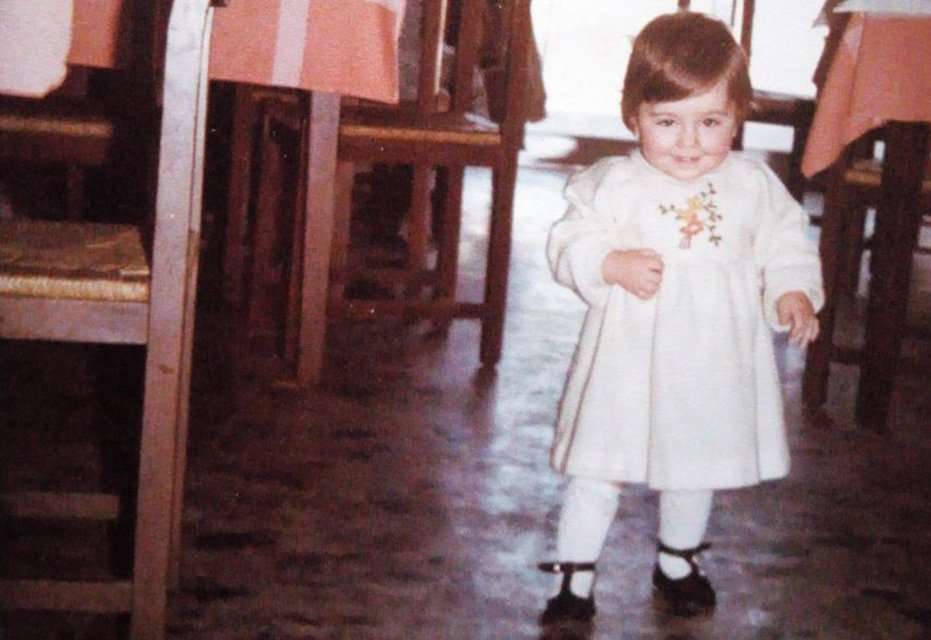 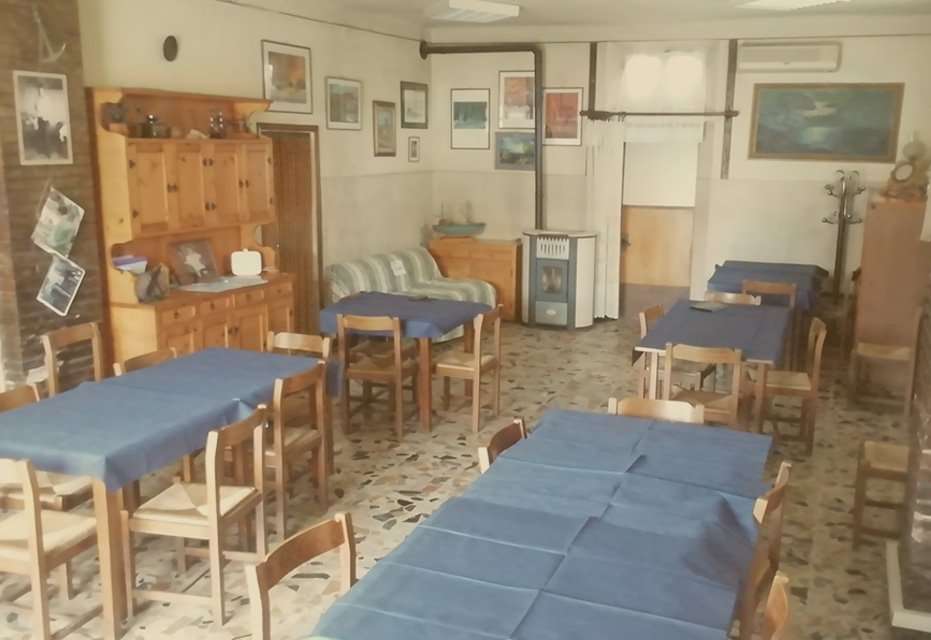 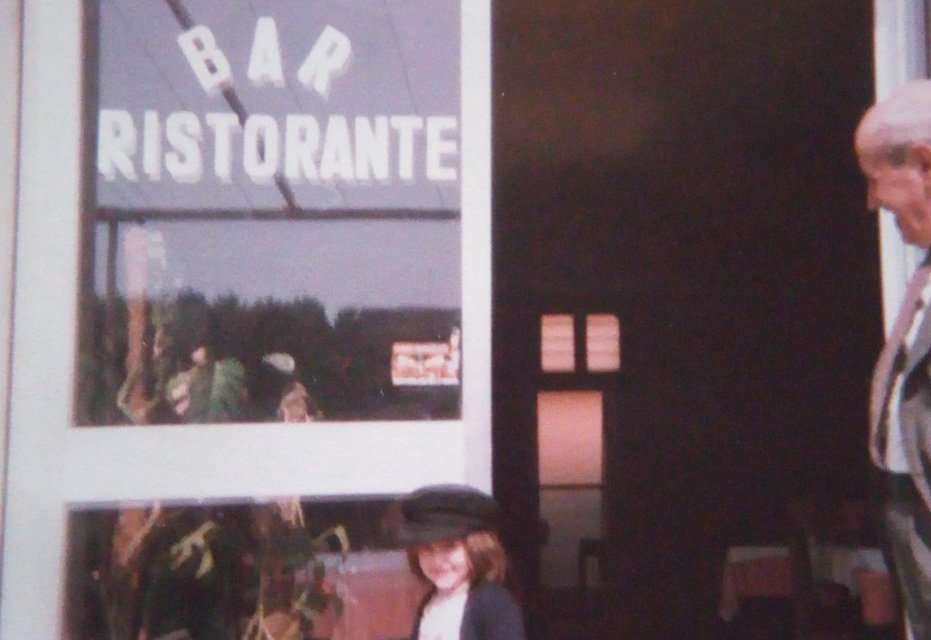 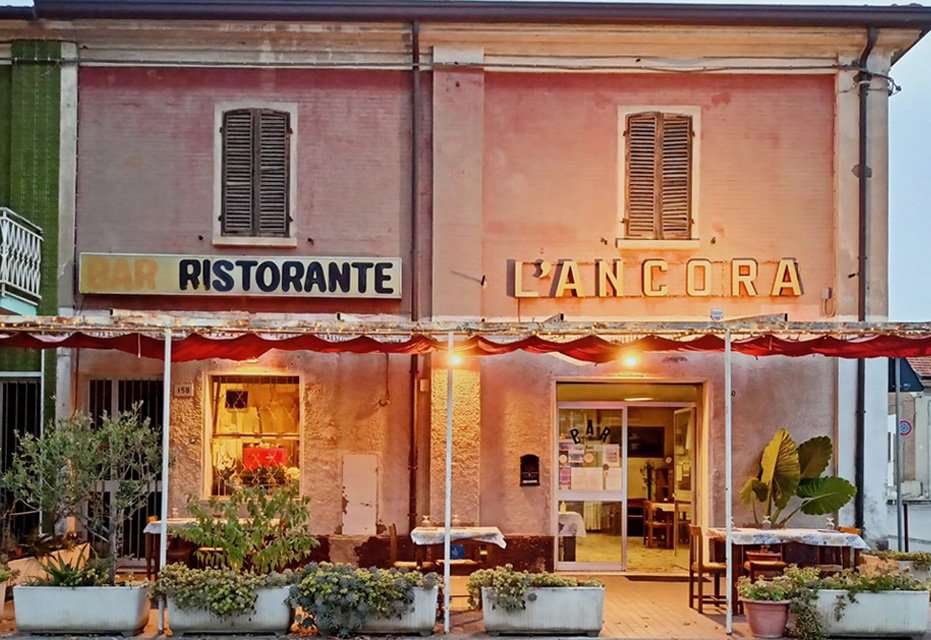 L’Ancora is a real old-fashioned trattoria, located on the left bank of Rimini harbour. A place steeped in the history of Rimini’s seafaring, close to the historical shipyards and the fishing boats who still take to the sea and bring back every day fresh Adriatic fish, which can be enjoyed, very fresh, in this restaurant.

The L’Ancora Bar Restaurant still offers a simple location, with a homely soul, the same since 1920, when it was built by the Ronci family, who had ran it until the 1960s.

Typical dishes of the Romagna seafood tradition have come down to us thanks to the Urbinati family: Mr. Luigi and his wife Severina rented it in 1979 from Mr. Sauro Morani and then bought it in 1999. Now their daughter Augusta carries on Mr. Luigi and Mrs. Severina Urbinati’s passion for good quality traditional cuisine and typical Rimini hospitality.

This trattoria, whose sign dates back to the 1970s and bears the words “Bar Ristorante L’Ancora”, has always served fish dishes. The furniture, preserved over time, are also typical, such as the entrance and the windows. Both tables and a sideboard are still in use and dated back to the 1950s, as does the bar counter, while the Palladian floor comes from the Second World War period. In the restaurant you can find old photos of the Seventies-Eighties, testifying tabout the beginning of the Urbinati family’s activity and the life habits of those years. Among the memorabilia to be seen absolutely, a 1954 scale and a cash register of the Sixties.

In more recent years, L’Ancora was protagonist of a scene in the famous cult film of the Nineties, “Abbronzatissimi”, while in 2017 his story was described in a nice article written on “Il Resto del Carlino”.